The Lost Sketchbook of Edgar Degas by Harriet Scott Chessman 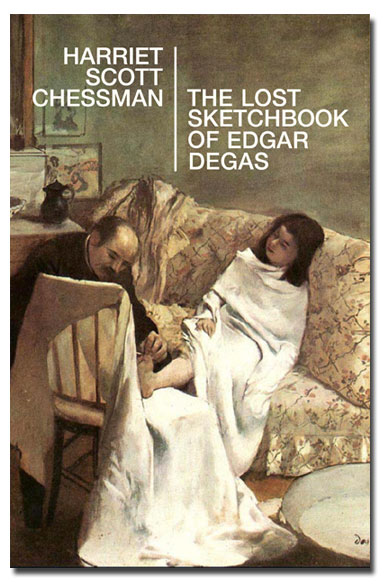 Edgar Degas traveled to New Orleans over the winter of 1872–873 and his visit inspired some of his most beautiful and haunting paintings. Not much is known about the details of the trip–he came to visit his youngest brother, René, married to their cousin, Estelle, or Tell, who were expecting a child, and he was at a crossroads in his painting career. Art historians have wondered about the absence of a sketchbook devoted to New Orleans, and it is this mystery that forms the starting point for Harriet Scott Chessman’s delightful and beguiling new book, The Lost Sketchbook of Edgar Degas. Narrated by Tell, his Creole cousin who lost her sight at a young age, as she entreats a former servant to describe the newly-discovered sketchbook. It’s a lovely, graceful story, its pacing evocative of New Orleans itself, and the nuances of the relationships delicately played out against the backdrop of an gentle afternoon.

(Editor’s note: Harriet Scott Chessman, in conversation with John Elder, will present this book at the Vermont Book Shop, Sat, April 8 at 4 p.m.)

As published in the March 23 issue of Arts & Leisure section of Addison Independent.

This feature require that you enable JavaScript in your browser.
END_OF_DOCUMENT_TOKEN_TO_BE_REPLACED