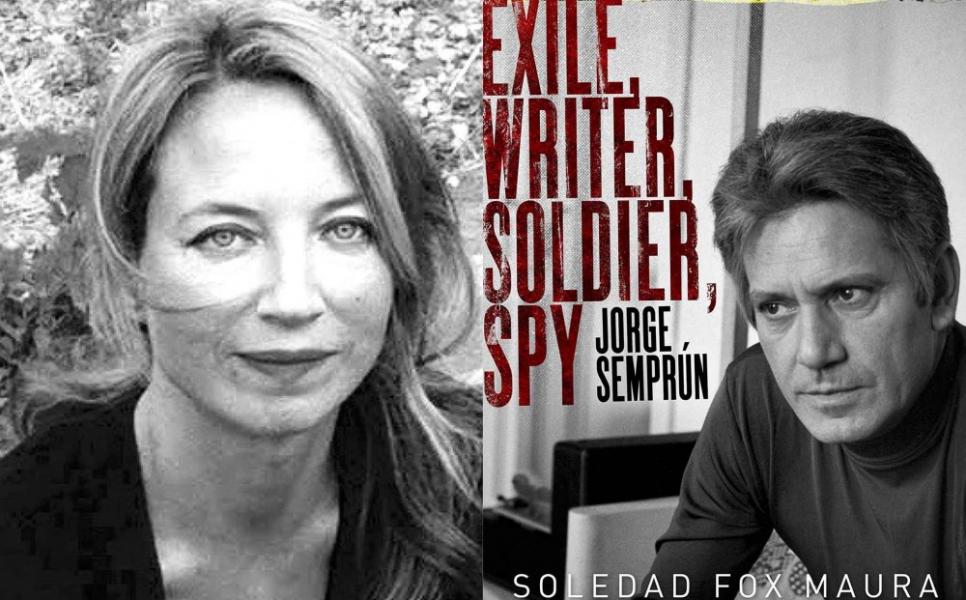 Soledad Fox Maura will read from, discuss and sign Exile, Writer, Soldier, Spy: Jorge Semprún, the tumultuous true-life story of the Oscar-nominated screenwriter responsible for Z and The War Is Over. She will be joined in discussion by Roberto Véguez, former professor in the Middlebury Spanish Department.

This gripping, authoritative biography reveals Semprún as a man of many faces who personified the struggles and successes of twentieth-century Europe. He enjoyed a privileged childhood until the Spanish Civil War sent him into exile. He fought with the French Resistance in World War II and survived imprisonment at Buchenwald. After the war, he became an organizing member of the exiled Spanish communist party, and, later in life, became an internationally acclaimed author and screenwriter.

Soledad Fox Maura is a Professor of Spanish and Comparative Literature at Williams College. She has a PhD in Comparative Literature from the City University of New York, is a former Fulbright Senior Research Scholar, and has published two books and many articles on Spanish culture and history, and the Spanish Civil War. She spent her childhood in Middlebury, attending Mary Hogan School, and also spent 14 summers here during the time her mother taught at the Spanish Summer School. Some of her favorite memories are the many hours spent browsing, and buying books and LPs at the Vermont Book Shop.