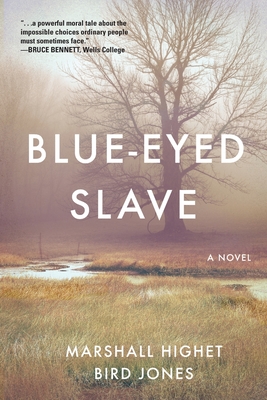 We invite you to join us at between 3:00 and 4:30 PM on Saturday, July 16 to visit with Bird Stasz Jones and Marshall Highet, authors of Blue-Eyed Slave. This is Jones & Highet's second young adult fiction collaboration, after Hold Fast, which was a bestseller here at VBS. Set in 1764 in Charles Town, SC, Blue-Eyed Slave levels, with relentless attention to historical accuracy, an unflinching gaze at the cruelties of enslavement and shows that although human cruelty may be universal, the same is true for kindness and bravery.

Bird Jones, a resident of Weybridge, VT, is a professor emerita of Elon University and an ethnographer by training. Her love of stories and story collecting has taken her from Appalachia to Central Asia. She has published widely in academic journals and presented at conferences. Her book And That's the Way of It: Life in a Maine Village became a popular read in Down East Magazine, was a best-book pick by independent bookstores along the coast, and was featured on Maine Public Radio.

Marshall Highet, a former Middlebury resident, is an adjunct professor of English at Hastings College in Nebraska. A graduate of the Bread Loaf School of English, Highet has published several novels and a short story. Her book Spare Parts, a YA science fiction novel, was a popular title at VBS back in 2014.

We are delighted to be able to bring this talented team back to VBS for a reunion with their local friends and fans.